Now myPalletizer 260 is capitable with AI Kit, and here is the detailed process of achieving color and image recognition by myPalletizer AI

Now myPalletizer 260 is capitable with AI Kit, and here is the detailed process of achieving color and image recognition by myPalletizer AI 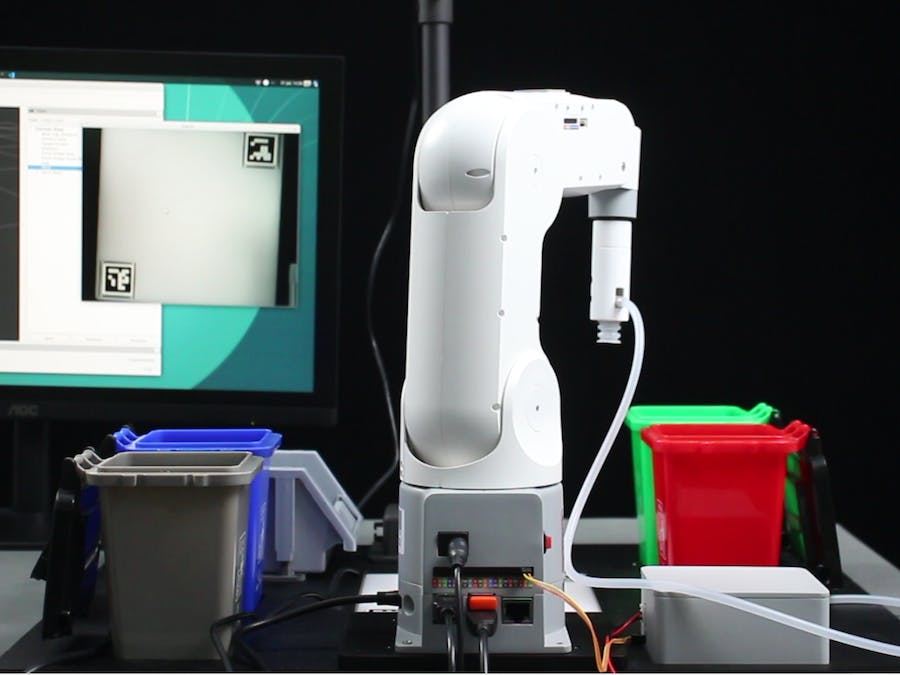 Based on the Linux system and a 1:1 simulation model in ROS, the AI Kit composes of the vision, positioned gripping, and automatic sorting modules. Featuring computer vision, an equipped camera can recognize and locate the cubes of different colors or images through OpenCV, and then the core processor of the a robotic arm can calculate their current and targeted spatial coordinate positions, and finally grip a cube into the corresponding barrels.

Here is the detailed process of achieving color and image recognition by myPalletizer AI Kit.

1. Press "Ctrl"+"Alt"+"T" on the keyboard to open a command window and run the following command to start the master node:

2. Press "Ctrl"+"Shift"+"T" in the command terminal to open another command window in the same directory, and then type the command to launch the "vision.launch" file:

3. Press "Ctrl"+"Alt"+"T" to open another command window and enter the command to go to the file directory to be operated

4. Run the program "detect_obj_color.py", then we can acheive the color recognition and capture

1. Before running "detect_obj_IMG_FOLder_opt. py" program, we need to ensure that steps 1, 2 and 3 in color recognition have been performed

According to the prompts input by the terminal, we capture the image in the second image box.

4. Start the image recognition program "detect_obj_img_folder.py", and verify that the robotic arm can correctly pick the pictures added in step 2 and 3, and place them into the barrel with the corresponding color.

This is designed for individuals developers as well as STEM educators who are interested in applications combining AI with robotics. Unless color and image recognition, what application scenarios do you want to achieve if you get the AI Kit? Please share with us in the comment!