A DIY project conduct with a thermal printer and M5Camera.

A DIY project conduct with a thermal printer and M5Camera. 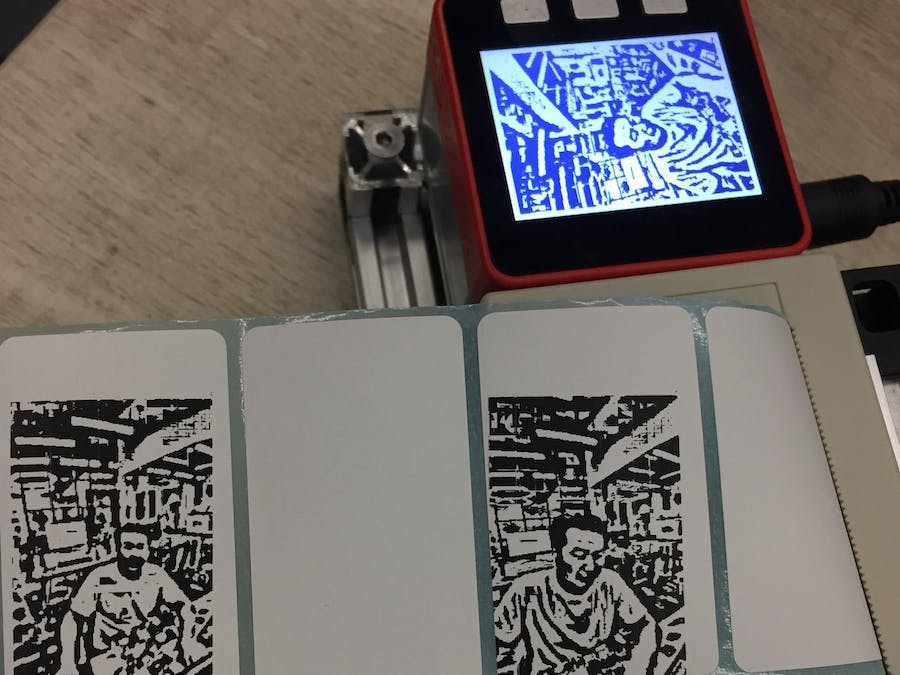 Before we went to Maker Faire Bay Area 2019, we wondered how we could achieve better interaction for people coming to our booth, with something that produced and developed specially by M5Stack Then we came out of this idea: a DIY constant camera, which not only achieved the goals of taking photos and printing it constantly, but also provided a good way to embody the M5Stack feature, including software, hardware, and structure prototype.

2. M5GO: One of the M5Stack Core device. This is used to display the photo captured by the camera. The image data transfer by UART.

3. BUTTON: A button input device. When button is pressed, M5GO will ask pull image data from camera and display on the screen.

1. Thermal printing is a digital printing process which produces a printed image by selectively heating coated thermal paper, when the paper passes over the thermal print head. The coating turns black in the areas where it is heated, producing an image. Thermal printers print more quietly and usually faster than impact dot matrix printers. In this case we have the Two gray-scale printer, which can only print black and white. This is printer is UART driver.

2. M5Stack Fire: which is used as a image receiver via ESP-NOW, once both device powered on, M5GO and Fire will establish a connection via ESP-NOW. So that the camera can share image data with Fire, and Fire will tell the printer to printer the current image and sent over the image data via UART.

3. Structure: Made of 1515 aluminium profile, compatible connectors and slider nuts. 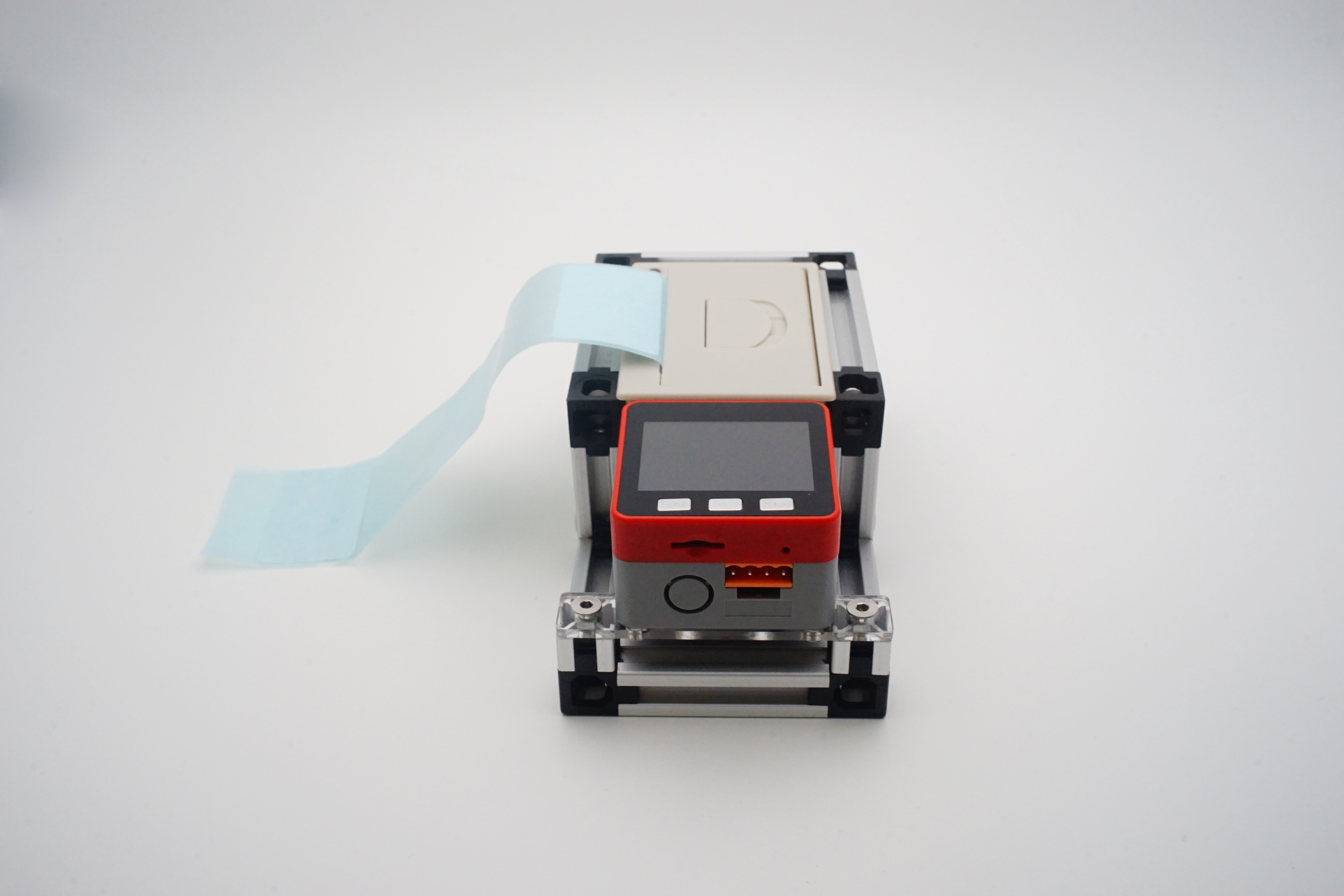